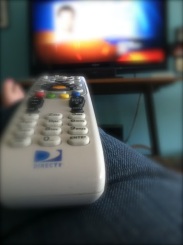 Anne sat down on the faded couch wanting to unwind after a long day at work, losing herself in reality TV, watching people unaware that their private lives are on display for the world to watch. She slouched low, burying herself in the folds of the overstuffed sofa curious about the five college students who live together. What Anne knew, as did anyone else who tuned in daily, that these students were offered free rent in an on-campus house, as part of an internship.

What the students didn’t know was that they were part of an experiment, based on the movie The Truman Show, to see if in fact their lives can be truthfully documented. The psychologist running the test was interested to know how five, very diverse, unsuspecting people would interact. He was hoping to learn more about how the human mind thinks, the value of facial expressions and body language and also why people have hidden agendas.

Anne indulges, every afternoon, in the unedited show, soaking in the truths of the unsuspecting young adults as they live a carefree lifestyle. Yet, she feels slightly guilty for watching them, without their knowing.

“My guilty pleasure,” she whispers, as current events unfold before her eyes.