Especially with arguments that are so pointless. So full of time wasted, time that could be better spent talking about the problem. Solving the problem in a mature manner.

I hate arguing so much that I will literally state to my opposition, “I am not going to argue. Arguing is pointless.” And when the person I am addressing continues with their argument, I will say, “I’m serious. I will not argue. Talk. Yes. Argue. No way.”

Most times those words from me stop a yelling match, and instead bring forth calmness, or more likely the subject is changed entirely, which is fine anyway, because whatever it is that was being argued was completely not worth the effort. Seriously. And yes, I know, I will never land a part on a reality show because I wouldn’t produce enough drama to entertain an audience. But, whatever. Yelling sucks, talking repairs.

Today, though, my words didn’t work. Rudy kept ranting and raving about this and that (something about texting. See! What did I say? So mundane…) and I couldn’t take it. I just couldn’t listen to his nonsense, so I left (to my hair appointment).

And, after my hair felt all shiny and new, instead of returning home and confronting Rudy and his argument, I drove straight to the beach. Crystal Cove State Park, to be exact, and I sat there breathing in the salty air and listened to the crashing of ocean waves. Destressing myself, until balance was again restored. 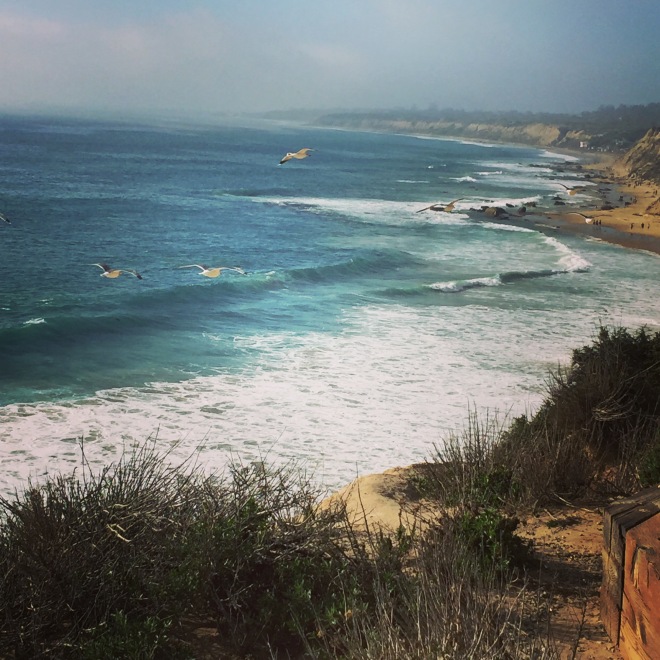